Doing training across borders is a lot of fun. I learn about different cultures. Invariably I find that people believe leadership skills vary based on culture. Do they?

We cannot dismiss differences in unwritten rules, but the I do believe the principles remain the same. Here's are a few of the leaders trained recently (more pictures coming soon).

The Power of a Story

I had just announced a break for lunch when one of the participants came up to me: "You have inspired me to my bones. But I'd like to know; what is it about your presentation that has such an appeal?" One of the other participants overheard the beginning of the conversation and joined in before I could reply: "It's his stories. That's what makes the difference!" From there we engaged in an intense exchange of insights about storytelling.

Let's pause to reflect: Something happens when we tell stories. More than anything, I believe stories have the power to connect and bind us together.

Story continued... During our conversation about stories it became clear that this man had just lost his job. He was now in the early stages of setting up his own company, trying to generate interest for a new product and service. Two weeks later he shared with me his newly established YouTube channel based on storytelling. From there, as they say, the rest is history..! (Not the most impactful story, I admit, but at least a brief introduction to the subject at hand.)

What is it about stories?
There are good reasons why a story has (lasting) impact. Here are five suggestions:

I could list quite a few more reasons why stories are so effective. But for now, let me challenge you, even if you're a business executive:


"If you need to communicate, ask questions. If you have to say something, tell stories.

Right now, our research team presents research in the form of stories. Here's a new sample from season 3 we just released.

How to tell a story?
Why not google "storytelling"? However, in the clip below, Danny provides the big picture.

If God Were a Scientist..!

Since research is at the core of everything I do, and since my belief in God is a lifestyle deeply embeded into my system, it's only natural for me to think of our Heavenly Father as an all-knowing, all powerful and omnipresent supreme being AND the ultimate scientist of the universe.

So, if God has reached the point of knowing all things, then he certainly has reached this point himself both by (1) growing in knowledge through faith and also through (2) knowledge by logical scientific deduction.

It also means that he has explored every possible aspect of how each one of us may best be taught and brought through the very same process of learning like him, for this is his expressed desire for all his spirit children (Moses 1:39).

In short, his design is both religious and scientific, or in other words, true religion as well as science comes from and is inspired of God as tools to elevate all of us - to individually and collectively excel in knowledge and understanding of eternal truth and order.

Are We a Divine Experiment?
Which then brings us back to the original question: If God were a scientist, how would he use scientific principles to design the perfect growth experiment most worthwhile doing?

First, I am not saying we are an experiment. Why not? Because if we are to suppose that God is the scientist from which all science flows, then he would also know the final outcome of every experiment or test we could ever concoct. No, as Einstein put it, "God does not play dice".

Secondly, as God himself has pointed out in Doctrine & Covenants 18:15-16, an individual soul is the greatest source of happiness. Nothing surpasses the joy of helping one person to eternal bliss. Thus we might expect the scientific and divine effort to be focused singularly on saving as many of his children as possible.

What Might a Divine Science Project Look Like?
So what is the "experiment"? An experiment with a known successful outcome?

It's his plan of salvation. It's the creation of the earth and the miracle of all miracles that Jesus Christ somehow is able to pay for all the mistakes we make during our growth process in this most sublime laboratory we call "earth".

From a scientific point of view, here are merely a few examples of principles any good scientist would adhere to, if he or she wants to successfully conduct research. Would it seem fair to suggest that God applies these very same principles?
I could bring up many more, but let' not to dilute the idea behind these examples...

When people tell me it's hard to believe God is behind everything we see around us, I keep thinking: "We are in the middle of the most perfect testing lab ever created. Would you not want to pass through it successfully in line with its original design an purpose? I know I do."

Since 1992 I've had a keen interest in questions and questioning skills. Do you know what I've found? The subject simply keeps growing on me. What does that mean?

It means, the depth and breadth of questions seems limitless. The short version..? "Questions may be the main driver of almost any communicative effort, whether it be influence, teaching and facilitation, investigation and innovation or parenting and coaching."

You name it. It seems that without questions everything stops. One teacher that has the ability to illustrate the effects of questions is James Nottingham. Look at how he presents "The Pit".

He Expounded All Things In One

Would you like to enhance the quality of your scripture study? I'm embarking on a journey that might include you... 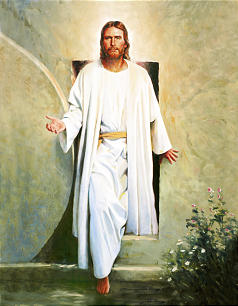 I'm about to finish my most recent study project of the past three years (Book title: The Saviours 272 Questions) and it's time to begin a project I've thought about for quite some time. What project..?

I'd like to collaborate with good friends across the globe on creating a doctrinal mind map - a complete "at a glance" overview of all LDS doctrine.

Where does this idea come from? Remember when the Saviour taught the righteous remnants of people in America? (see media clip below)

The record states, slightly paraphrased: "...he expounded all things in one" (3. Nephi 26:1-5), i.e. he explained how everything is connected. What might that look like? Well, it's kind of like a mind map of all doctrine, right? So that's what I'll set out to be doing.

Beginning Christmas 2015, when I'm ready to begin a new study project, I'll be studying the scriptures to find how all doctrine is connected. A complete map!

The task seems daunting, right? Now, instead of me doing this on my own... With today's technology we can do this together using a simple online mind mapping tool. Would you like to join?

Here are two steps you can take to qualify before I include you in this exciting journey:

You may be surprised, but every problem we face has indeed a face. Whenever we're stuck or aren't getting the results we would like, there's at least one person we need to approach. 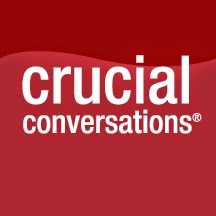 What was that saying again..? "It's all about the people!" Right..!

And we need that reminder, don't we? Having been certified as a Master Trainer in Crucial Conversations I've adopted a new habit:

If I don't get results, a) I identify the person I need to talk with and b) pinpoint the issue I need to address.

Invariably, I find that if I can get myself to actually muster the courage to talk to that individual, I also get the results I'm looking to achieve. If I don't, then results remain a dream.

You may ask yourself. Is it really that simple?

In my experience..? Yes.

Oh, and of course, sometimes it does take more than one conversation only.

Suggested action: Some people say that without daily exercise, they feel they deteriorate. I feel the same way about crucial conversations. If a day goes by without having a crucial conversation with someone, that day is simply unproductive. That's why I keep a list of conversations I need to have. And you know what I find?

(1) I listen a lot more. (2) I get to help people with problems that really matter.

Sometimes you come across a movie that stands out in the crowd. 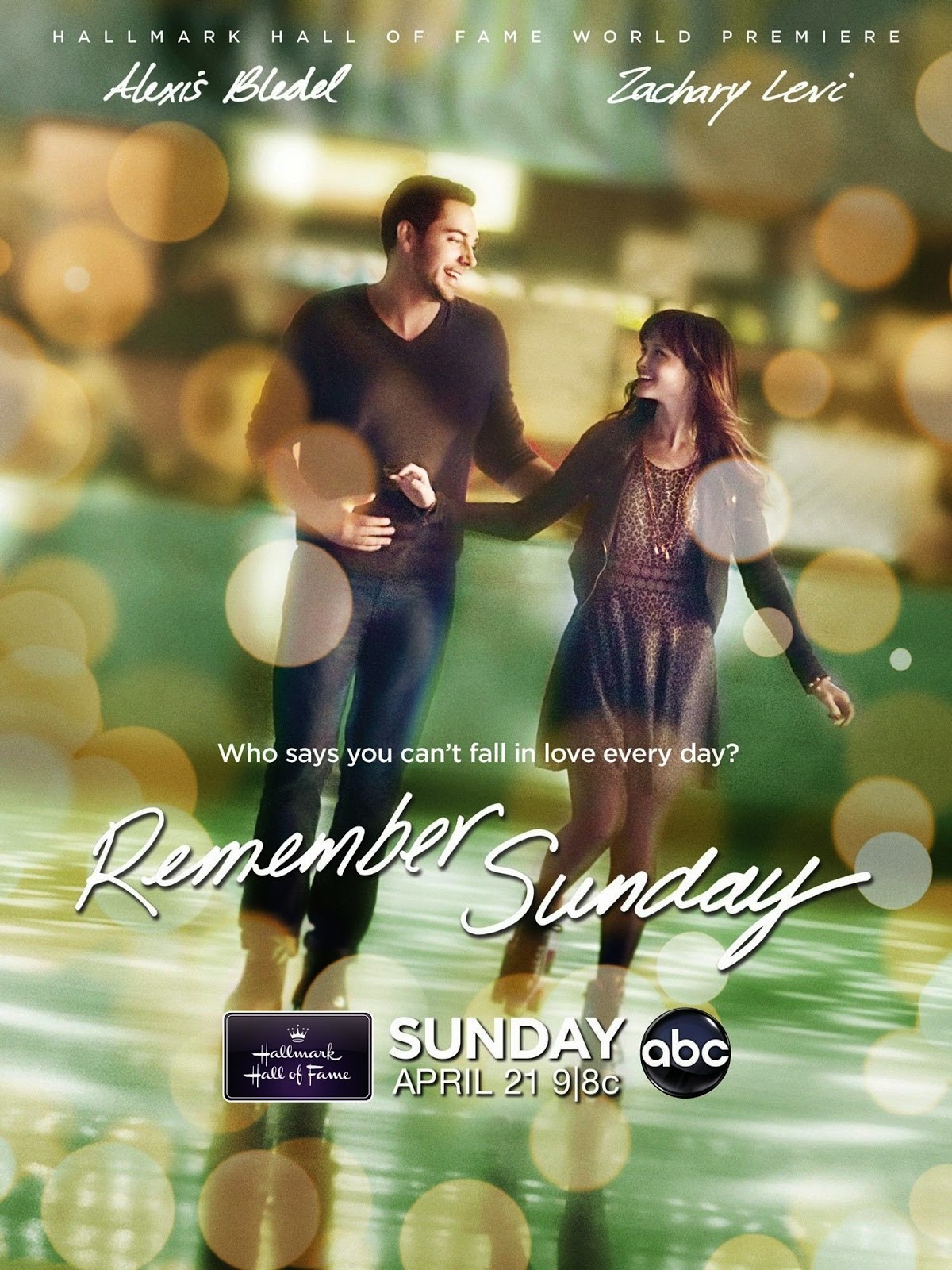 ...and I stress sometimes! In my experience most movie productions these days are superficial to the point where if you ask yourself: Could this be for real? The answer would have to be "no".

Why? Well, either because whatever happens is simply unrealistic. But most of the time the world created by actors is simply over confident, way too talented and lucky or much too dramatic. The sensation of "that could be me" actually is more and more a factor completely missing.

As a result, we can relate and experience a limited degree of identification, but every so often - because of this exaggerated acting - we are pulled out of the story only to realize that's it's not real.

Yesterday, Lillian and I watched a rare piece of art. "Remember Sunday" is definitely worth watching. The plot and story is brilliantly put together. Best of all, the actors appear human, yet wonderfully enchanting.
Lagt inn av Vidar Top kl. 1.5.14 2 comments:

Is Norway heavily clustered in Oslo?

It appears that Oslo is the place to look for business contacts in Norway...

Look at how available human resources seem to be distributed geographically with regards to "Board of Directors". Source norskstyrebase.no

Brian Greene and his wonderful communication talent excites me. Watch as he explains three reasons for why "the Higgs" is significant. Today I'm adding Brian to my list of great people.

Specialties
We help identify, influence and measure vital behaviours to get better execution and results.

You may want to check out